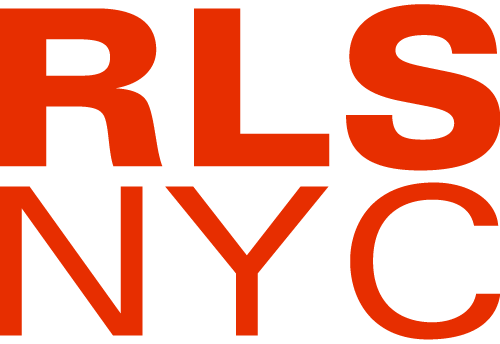 The Rosa Luxemburg Stiftung is an internationally operating, progressive nonprofit institution for civic education. Active since 1990, the foundation has been committed to the analysis of social processes and developments worldwide. In cooperation with organizations around the globe, it works on democratic and social participation, empowerment of disadvantaged groups, alternatives for economic and social development, conflict prevention and peaceful conflict resolution. Its international activities aim to provide civic education by means of academic analyses, public programs and projects conducted together with partner institutions. In order to be able to mentor and coordinate these various projects, the foundation has established 24 regional offices around the world. RLS has been granted special consultative status with the United Nations Economic and Social Council in 2013.

The foundation’s New York Office, located at 275 Madison Avenue, opened its doors in 2012. It serves two major tasks: to work on issues concerning the United Nations, including collaboration with people and political representatives from the Global South, and to work with North American (US and Canadian) progressives in universities, unions, social movements, progressive institutions and think tanks. The office’s Director is Andreas Günther. The New York Office is part of the global network of the Rosa Luxemburg Stiftung.

The climate crisis is upon us. However, those responsible are not being held accountable, whilst those least at fault are bearing the brunt of impacts. Will a green transition in the Global North come at the expense of mining and land grabs in the Global South? Will the new “green” economy compensate care work and uphold worker’s rights? Will countries with fewer resources be able to adequately respond to the climate crisis now and adapt to future impacts? And will affected communities be compensated for losses and damages caused by droughts, floods, or heatwaves? There is an urgent need for progressive movements to define what climate justice is and outline how we organize for it. In 2022, the International Climate Justice Program opened in New York as part of the Rosa Luxemburg Stiftung’s Dialogue Programs to work with global social and political movements to help answer some of these questions and to support ongoing work to win climate justice. The program is directed by David Williams. 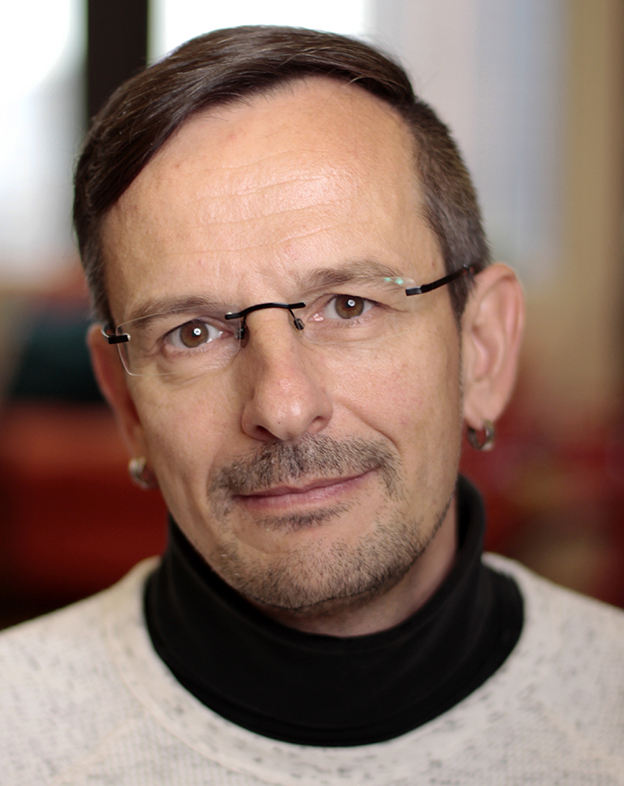 Andreas was born in Dresden and grew up in the town of Ilmenau in Thuringia, Germany. Before becoming Executive Director of the Rosa Luxemburg Stiftung—New York Office in 2018, he worked as Director of the Department of International Policy for DIE LINKE (The Left Party) in Berlin. Andreas holds an MA in Classical Archaeology and Greek. 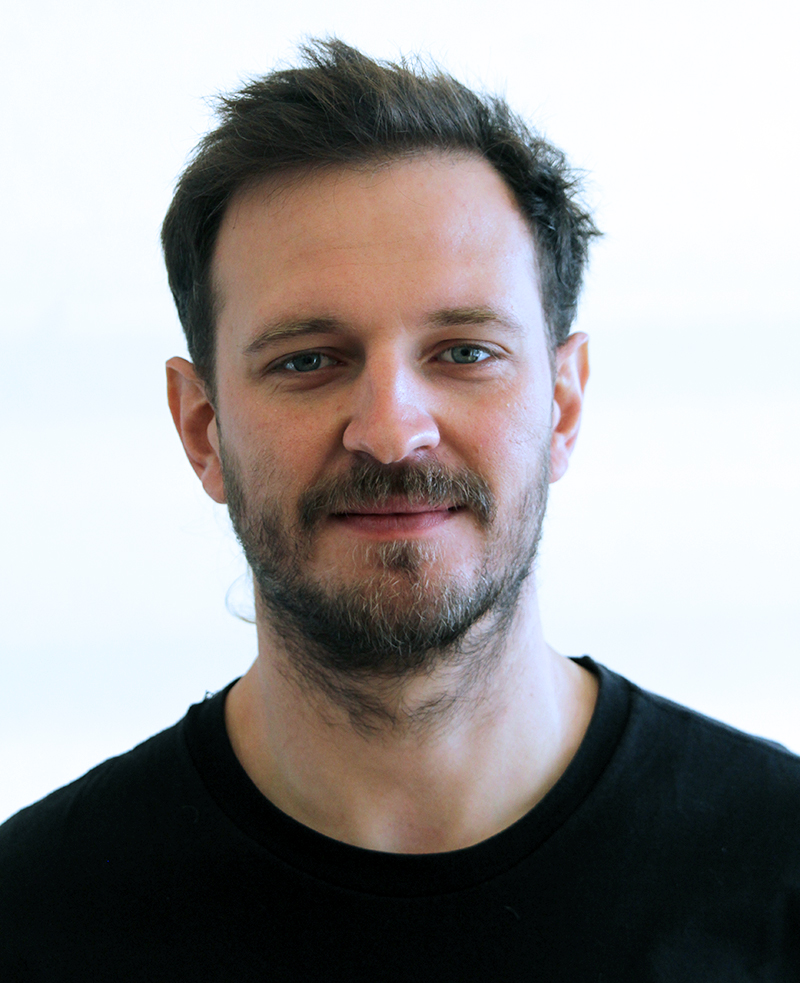 David was born in Germany to British parents. He has an academic background in Geography and Political Science in the field of climate change governance. Before joining RLS, he worked as a researcher at Climate Service Center Germany (GERICS) in Hamburg, after which he received a Mercator research fellowship which was conducted at the Istanbul Policy Center (IPC). 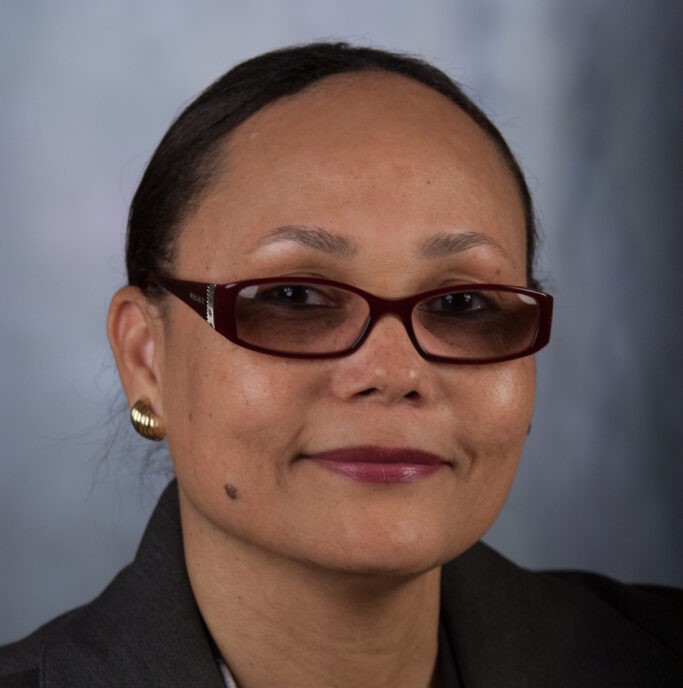 Born in Port-au-Prince, Haiti, Claudette joined the RLS–NYC team in 2014. She holds a BS in accounting and a Master of Business Administration. Claudette speaks French, English and Italian. 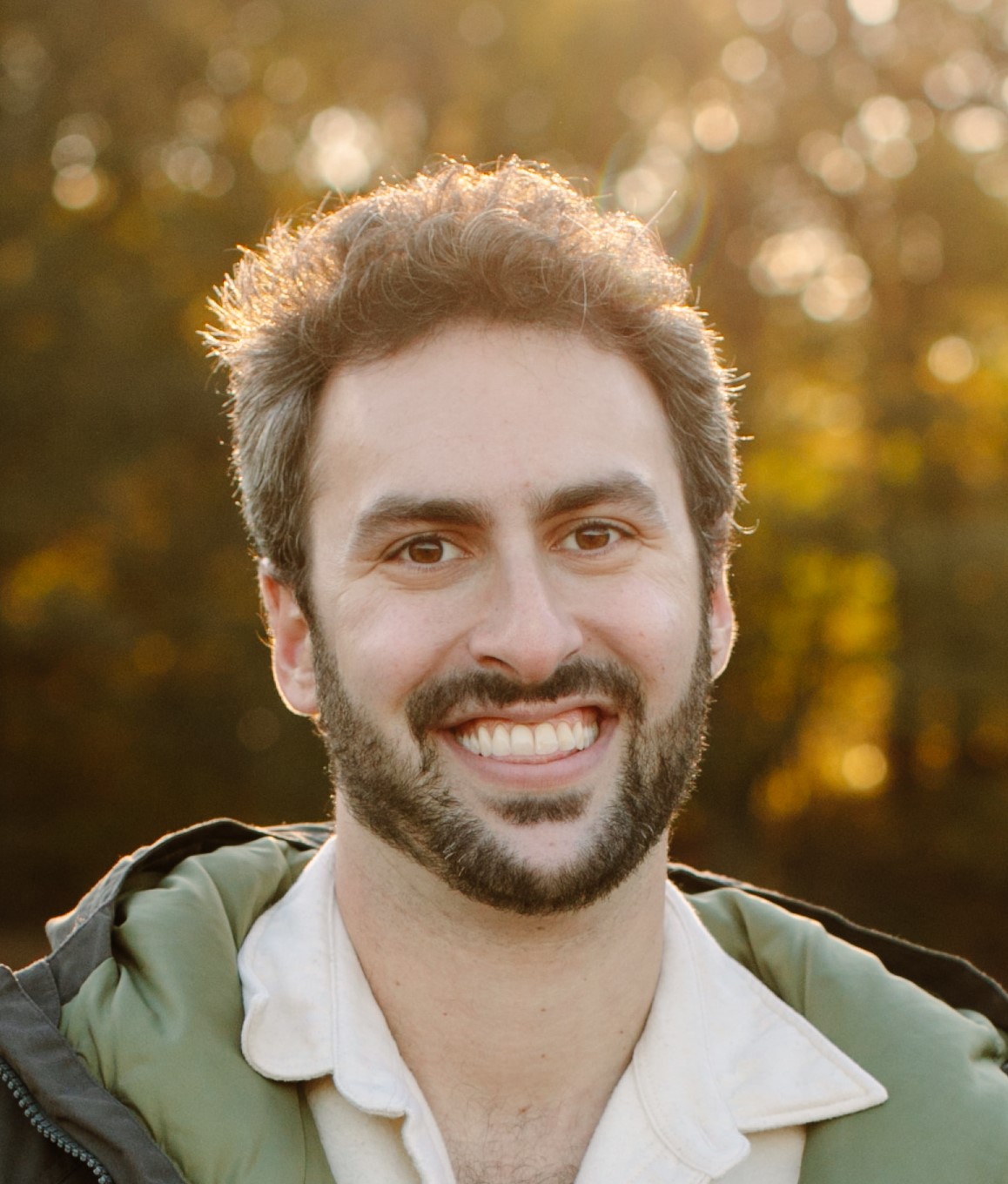 Aaron was born in New York City. Before joining RLS-NYC, he worked as a Senior Program Development Officer at Cultural Vistas. Aaron holds a MA from the CUNY Graduate Center and a BA from the University of Rochester. 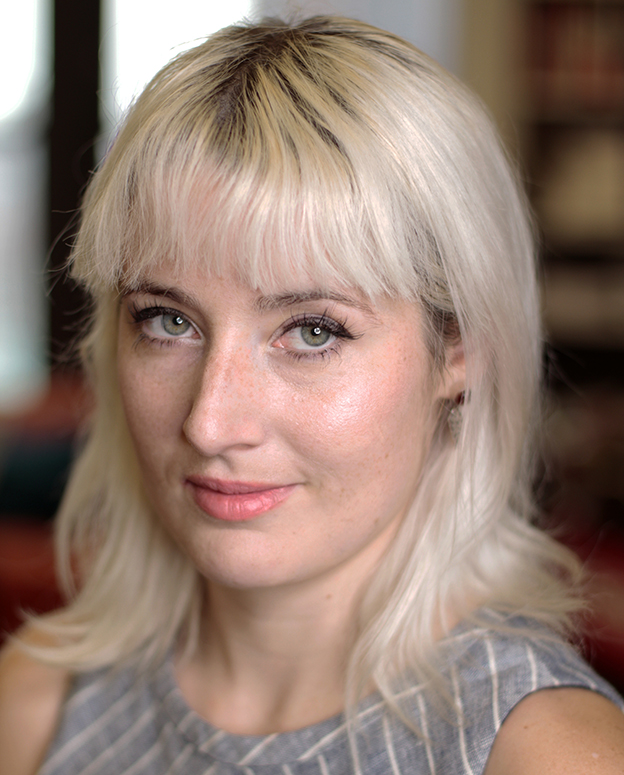 Caitlin was born in San Francisco, California, and joined the RLS–NYC team in 2018. She studied Social Anthropology at the University of Edinburgh, Scotland, with a focus on Southeast Asian Studies. Her thesis examined the influence of online spaces on niche subcultures and conceptions of group membership and identity. 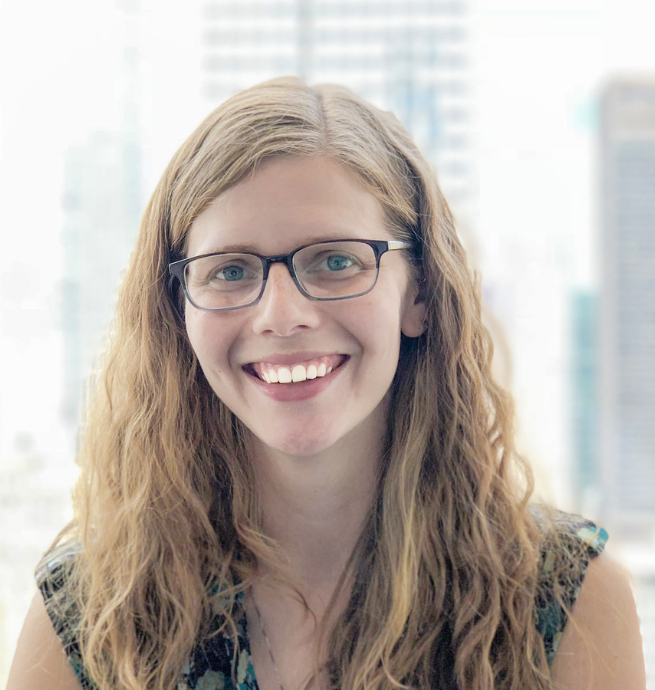 Maria joined the RLS-NYC team in 2020. She previously worked as an editor at the United Nations University – Centre for Policy Research and at World Politics Review. She has an MA in EU International Relations and Diplomacy Studies from the College of Europe in Bruges, Belgium and a BA from the University of Pittsburgh. 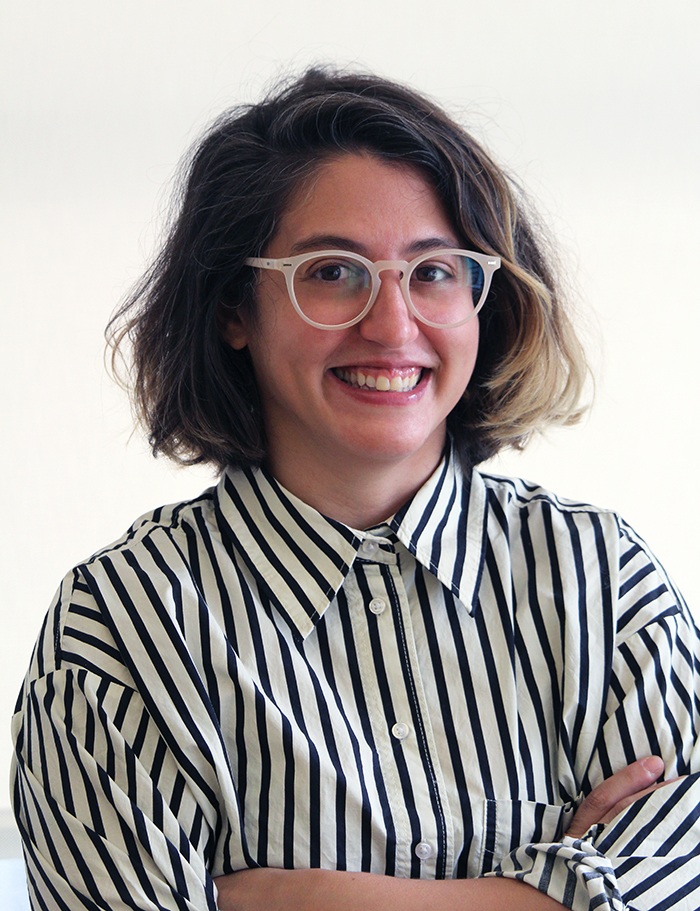 Born in Buenos Aires, Argentina, Mariana obtained a Licentiate degree in Art History and Theory at the Universidad de Buenos Aires in 2011. Before joining RLS–NYC in 2016, she worked as Human Rights, Culture & Press Officer for the Argentine Embassy in Tel Aviv and as a cultural producer in Buenos Aires. 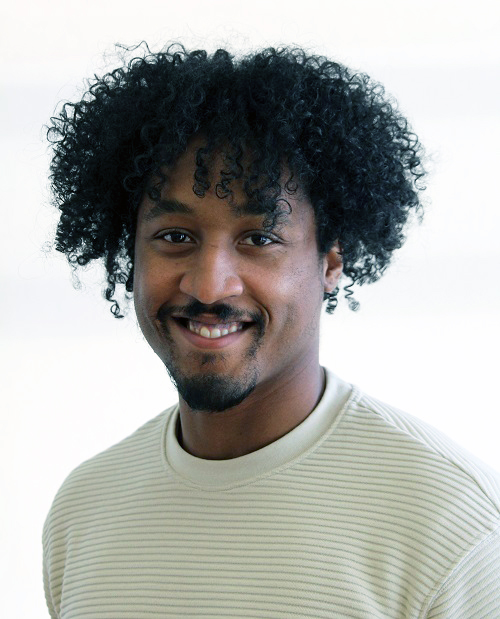 Julian joined the RLS-NYC team in 2022. He previously worked as a Program Manager at Smile Train, an internationally operating non-profit. Julian holds an MA from the Julien J. Studley Graduate Programs in International Affairs at the New School and a BA from Rutgers, the state university of New Jersey. 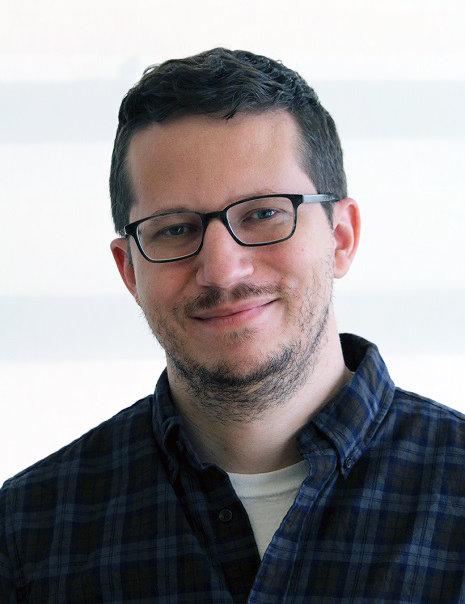 Neal was born in Boston, Massachusetts, and joined the RLS–NYC team in 2022.

The Rosa Luxemburg Foundation bears the name of one of the great women of the 20th century. Rosa Luxemburg (1871-1919) was an outstanding representative of the European socialist movement. With all of her energy she struggled to prevent World War I, which then raged from 1914 to 1918. Along with Karl Liebknecht, she was the Social Democratic Party’s (SPD) most important internationalist and anti-militarist representative. She was a passionate critic of capitalism, drawing strength for radical action from her critiques. She welcomed the Russian Revolution with hope but, as a revolutionary democrat, remained critical and alert: With great prescience, she attacked the Bolsheviks’ dictatorial policies early on.

Rosa Luxemburg belonged to the disadvantaged, often persecuted minorities her entire life, for reasons of both birth and fate: She was Jewish—and she could not escape anti-Semitism even though she had no interest in religion; she was Polish—and as a Pole she was subjected to both German and Russian rule. But at the same time, her indomitable will led her to determine the course of her own life—contrary to the narrow conventions of her time.

Rosa Luxemburg was a scholar with a doctoral degree—at a time when few women went to college. She was one of the few women active in politics—prejudice against women in public life was widespread, extending well into the left-wing parties.

Rosa Luxemburg did not live her life as someone else’s wife—a provocative attitude against the morality of her time.

Rosa Luxemburg was an exile. Despite her German citizenship, she was still Polish in the eyes of her political enemies.

Rosa Luxemburg was a radical leftist—a crime punishable by death in her occupied Polish homeland and cause for constant persecution in her adopted home of Germany.

Rosa Luxemburg is a martyr of the German Revolution. On January 15, 1919, she was beaten to death by murderers in uniform—people who were part of the same crowd that would later openly support handing power over to the Nazis.

Rosa Luxemburg’s fate is inseparably linked to the development of the German labor movement, the fighting among its various tendencies and ultimately its splintering. She was a member of the Social Democratic Party of Germany, a co-founder of the Spartacus League and then of the Communist Party of Germany.

Rosa Luxemburg left and continues to leave no room for indifference. She lived out her convictions loudly and without compromise. With human warmth and an intoxicating temperament, she was able to win over many people who accepted her without prejudice. Those who did not see her as an equal, however, responded with fear.

Rosa Luxemburg’s intransigent struggle against war and her radical insistence on linking political freedom with social equality have lost none of their resonance today.

The Rosa Luxemburg Foundation is indebted to this democratic socialist.

Check out: Rosa Remix, our new book on the life and legacy of Rosa Luxemburg.

Read: Red Rosa, a graphic novel about Rosa Luxemburg by Kate Evans, published by Verso Books in collaboration with the RLS–NYC. Watch our video about The Making of Red Rosa here.

Watch: Video of Kathleen Chalfant reading from The Letters of Rosa Luxemburg.

Download: Rosa Luxemburg or: The Price of Freedom Published by the foundation’s Karl Dietz Verlag

Read: Interview with RLS-NYC Co-director Stefanie Ehmsen about Rosa Luxemburg and feminism, in: The Socialist, 1/2013.