Video: The Berlin Referendum and the Fight for Housing Rights

On September 27, 59.1% of Berlin’s voters voted to expropriate approximately 240,000 apartments owned by the biggest real estate companies in Berlin. The basis of this decision is article 15 of the German Constitution, which states that “land, natural resources and means of production may, for the purpose of nationalization,” be transferred to public ownership or other forms of public enterprise by a law that determines the nature and extent of compensation.

But the referendum isn’t legally binding, even though there is immense political pressure on Berlin Senate to pass it into law. What are the opportunities, where are the traps, and what can housing activists elsewhere learn from the referendum fight?

There Will Be Change — But How Much and Where Will It Take Us?

Video—After the Election: The State of German Politics 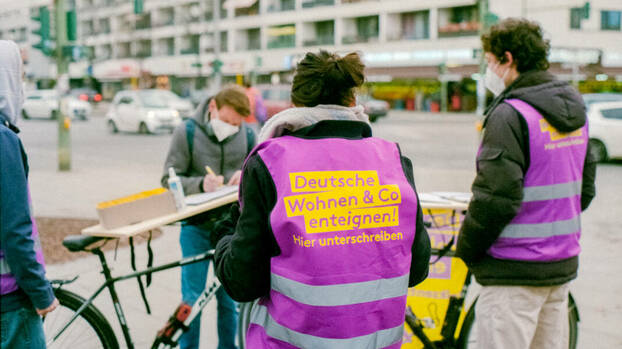 A Blueprint for a Left That Wins